Brash and outgoing, Brisbane shines as the ultra-modern capital of Queensland. It’s palm tree-lined streets and glass towers, bisected by the graceful sweep on the Brisbane River, give the city a feeling of space and light. Along the river’s banks, long stretches of sandy beaches and rainforest parklands (built on the site of the 1988 World Expo) provide ample space for quiet evening strolls, with the neon-studded city skyline as a backdrop. With almost half of its residents born somewhere else, Brisbane’s dining scene merges the tropical flavours of Queensland with the eclectic palettes of its many different ethnic cuisines.

Brisbane prides itself on being a “stay-cation” city, and its boutique hotels cater for out-of-towners looking for an urban escape, as well as townies taking a romantic interlude from the suburbs. Rooftop pools and killer views of the cityscape abound in the inner city. But you can just as easily retreat to the quiet of an iconic Queenslander homestead B&B, tucked away in a leafy side street. Further afield you can sip a beer in an iconic pub, such as the Breakfast Creek Hotel, hold a koala up at Lone Pine, or soak up some rays out on Bribie Island. 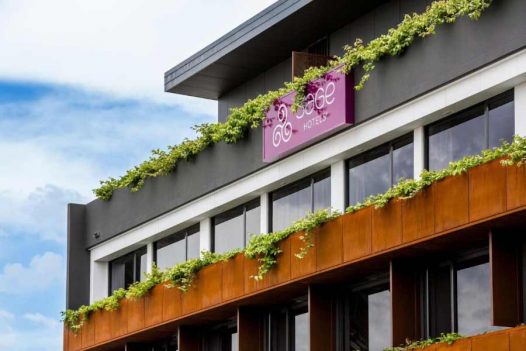 You will find the Sage Hotel in one of the finest suburbs in Brisbane, Fortitude Valley. This newly built boutique […] 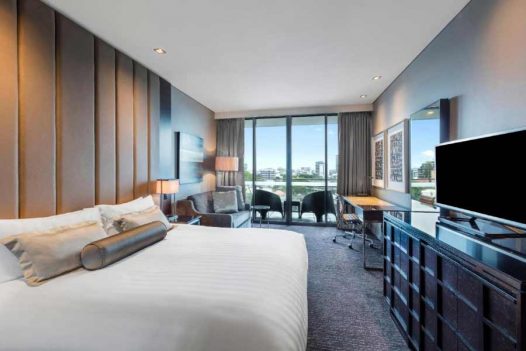 Welcome to Gambaro Hotel Brisbane, a boutique hotel well-known for its contemporary elegance and warm hospitality. This family-owned property is […]